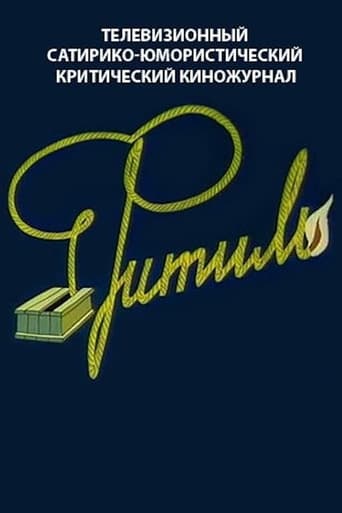 Fitil is a popular Soviet/Russian television satirical/comedy short film series which ran for about 500 episodes. Some of the episodes were aimed at children, and were called Фитилёк, Fitilyok, Little Fuse. Each issue contained from the few short segments: documentary, fictional and animated ones. Directed by various artists, including Leonid Gaidai who presented his famous trio of Nikulin, Vitsin and Morgunov into the cast. It was called in USSR as "the anecdotes from the Soviet government".