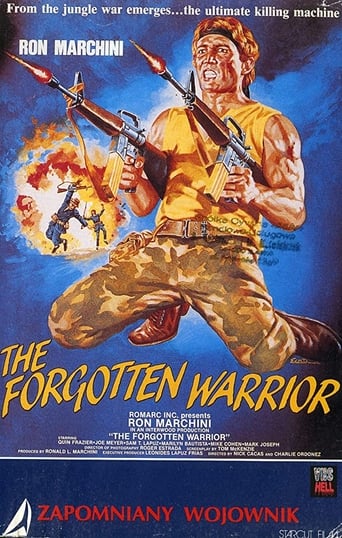 Steve Parrish is the Forgotten Warrior, a man who refuses to be defeated. Now he's become a creature of the jungle who lives to kill. He has survived the inhuman brutalities of war and prison camps and he finally finds love and peace among some native villagers. However, happiness is only temporary as his compatriots turn against him. He becomes a hunted animal. A man stripped of his pride, his friends, and his country, he is left with only one alternative. Kill or be killed.