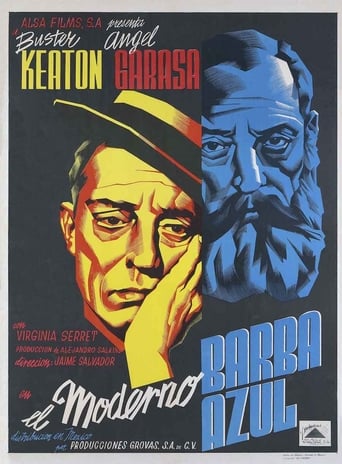 An American soldier (Keaton) during World War II escapes from an airplane crash over the Pacific Ocean. He arrives on a beach believing he has landed in Japan, but he is actually in Mexico. He wanders into a fishing village and is arrested under the mistaken belief that he is a wanted serial killer. Keaton and another prisoner are put in the custody of an scientist who is planning to launch a manned rocket into outer space. The two prisoners, along with the scientist’s assistant, are blasted into space but their craft lands in an isolated portion of Mexico instead. They mistake a beekeeper wearing protective headgear as an alien, while the beekeeper believes the trio (who are wearing wizard robes) are escaped lunatics. The prisoners and the scientist’s assistant are apprehended by the local police, and the matter is quickly settled. The film is notable both as Keaton’s only Mexican production and as the last time Keaton had star billing in a feature film.