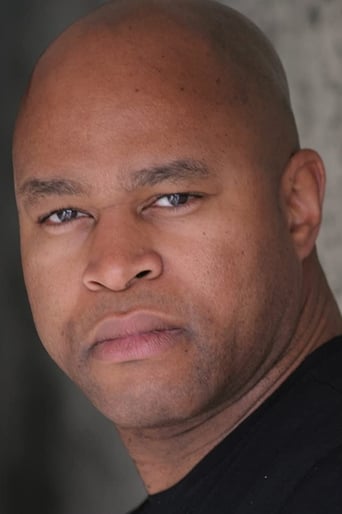 Born and raised in Baltimore, Maryland, the oldest son of military veterans. He continued the tradition by serving his country as a commissioned officer in the U.S. Navy on board various warships including USS Nimitz (CVN-68). His commitment to service didn't end there. After mustering out of the service, he returned home and joined the Baltimore City Police Department as a patrolman, working in the same neighbor he grew up in. He calls upon on his life experiences and training to inform his choices as an Actor and Artist, whether as a Naval Officer, a teacher,or as one of Baltimore's Finest (BPD). A chance encounter in Seattle led him to an audition for the role of Aaron in a production of Shakespeare's 'Titus Andronicus'. - IMDb Mini Biography By: Broadus